Bollywood stars and Indian celebrities are doubling down on the booming NFT market, plus other top stories from this past week

As crypto mania sweeps the nation, India’s entertainment industry and Bollywood stars are also looking to cash in by launching their own non-fungible tokens or NFTs.

In the past week, we saw more new NFT launches from the media and entertainment industry, even as one crypto exchange put on hold its campaign with a Bollywood superstar.  We will dive into this later as well as the latest bumps and developments in the journey of IPO-bound startups.

But first, here are the two stories that caught our attention in the week gone by:

Crypto has gone mainstream, DeFi is rapidly garnering adoption, but the latest trend in the Indian blockchain industry is NFTs or non-fungible tokens — even Bollywood stars have jumped on the bandwagon by the dozens.

Actor Salman Khan announced in the past week that he would be rolling out NFTs through BollyCoin, an Ethereum-based marketplace.

For the uninitiated, an NFT is a digital asset that represents real-world objects or parts of objects such as art, music, in-game items and videos. These can be bought and sold online, just like any other item, and most NFT marketplaces are built around cryptocurrency and tokens, and a blockchain network.

As explained by NFTMalayali cofounder Melvin Thambi at The Crypto Summit, NFTs are giving Indian artists and creators a new avenue to gain exposure and income. It’s also allowing many copyright holders of popular entertainment to cash in on the craze by offering their IP as NFT assets.

It was only in June this year that India got its first NFT marketplace, which was launched by Binance-owned WazirX. Now, the NFT explosion has seen several marketplaces including Wall.app, BeyondLife.club, Rario, NFTically, CricketCrazy.io, Vibraniums, besides BollyCoin, and Colexion, which have recently gained limelight.

BollyCoin is founded by filmmaker Atul Agnihotri, and allows fans to mint clips and stills from films, iconic dialogues, posters, unseen footage, social media content and merchandise as NFTs. It already has Arbaaz Khan Production, Sohail Khan Production, and Nikhil Namit’s Reel Life Productions as clients with the films under their banners available on BollyCoin.

Actor Suniel Shetty is another Bollywood name backing NFTs. Shetty is an investor and advisor for Colexion, an NFT marketplace on the Polygon network, which is similar to BollyCoin, but is looking at sports as well. The NFT buzz has also attracted cricketers such as VVS Laxman, Sunil Gavaskar, Zaheer Khan and others. 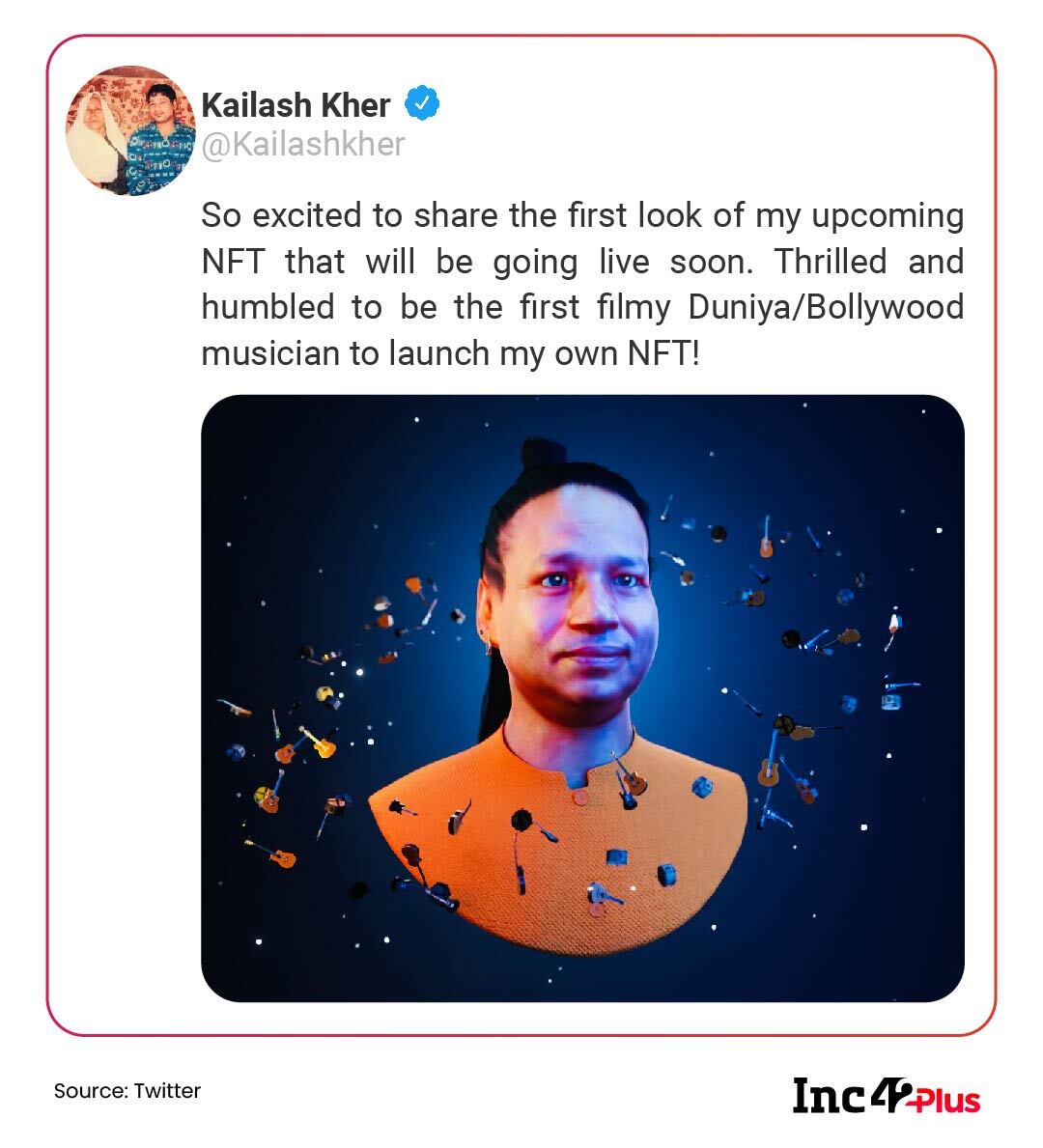 The NFT hype-train has also brought on board superstars such as Amitabh Bachchan and Sunny Leone, and singer Kailash Kher.  As seen in our exclusive report, actor Kunal Kapoor and the founders of Nazara and Unacademy have backed Polygon-powered NFTically.

Other NFT marketplaces have gone for marquee celebrities to grab interest. Bachchan, for instance, has signed up with BeyondLife.club, and his NFT collection will launch in November. Leone will launch her NFT collection on Silicon Valley based Mintdropz.

But here’s the thing about NFTs, it’s not as easy flooding the market and hoping that fans will buy it and stick to it for nostalgic value. The craze of NFTs started as art, which is more or less timeless in nature. It’s also seen as an investment in many cases.

But in the movie business, what’s popular yesterday is forgotten tomorrow. It’s simply not a given that a Salman Khan or Amitabh Bachchan NFT will be valuable in the long run.

Interestingly, Bachchan was subject of another crypto-related development. Due to the lack of clarity on the regulation and policy framework around crypto assets and investments, crypto unicorn CoinDCX has put its ad campaign with Bachchan on hold.

The festive season typically sees a slowdown in deals as fundraising takes a backseat and the focus turns to capitalising on the higher spending by consumers and businesses.

In the week gone by, the Indian startup ecosystem raised $667.5 Mn across 26 deals, which is roughly half the funding raised last week.

Total funding in 2021 is inching towards the $32 Bn mark, but this year’s tally is already comfortably far ahead of the funding raised in 2019 and 2020 combined. That’s some record-setting pace. 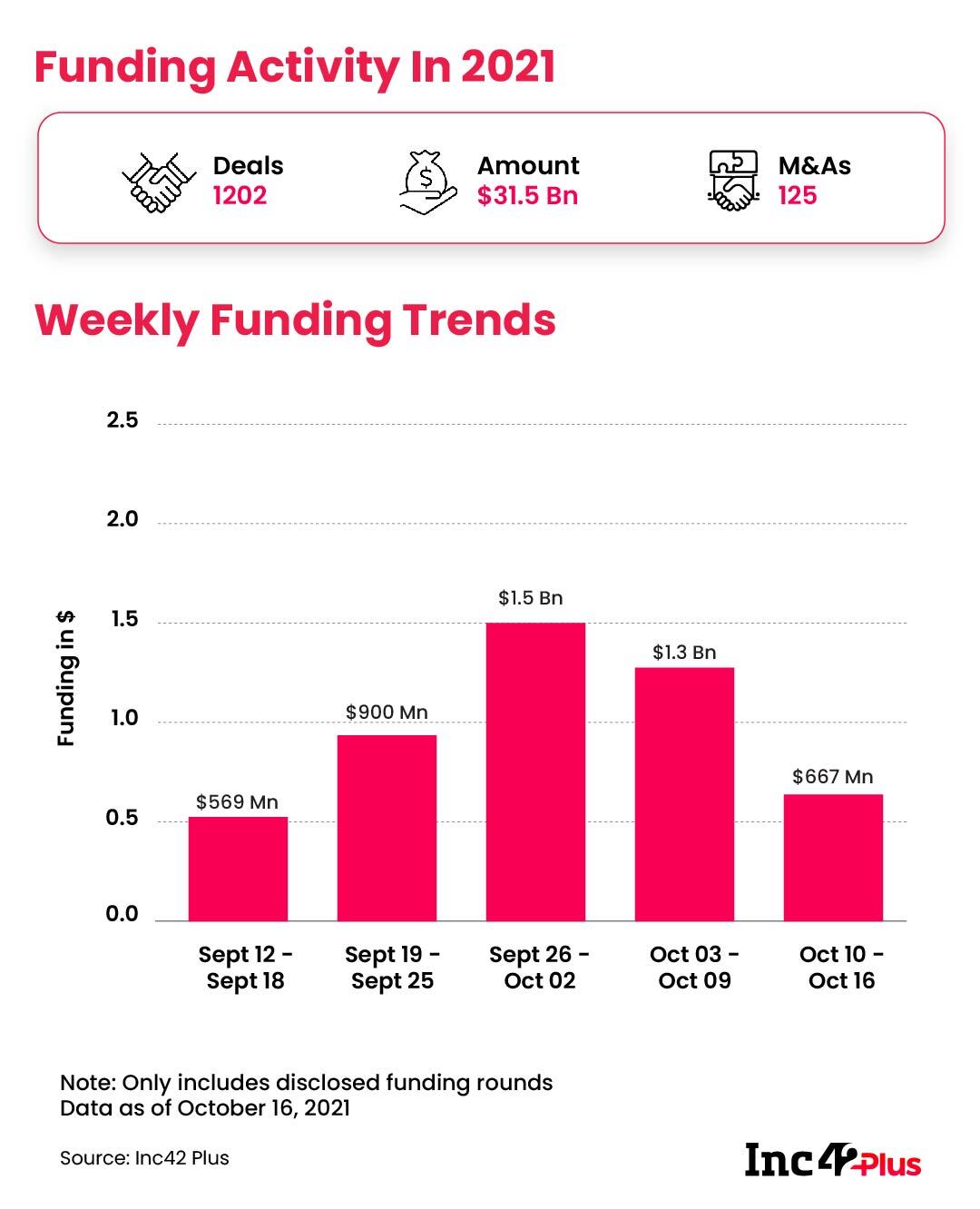 In Spotlight: Festive Sales Off To A Bang

The first week of online festive sales by ecommerce giants (between Oct 03 and Oct 10) recorded a 23% growth in 2021 compared to the last year. Overall, goods worth $4.6 Bn were sold online by brands, according to RedSeer.

We broke down the sales season into five succinct charts. Here’s a sneak peek, but read our full coverage to see them all. 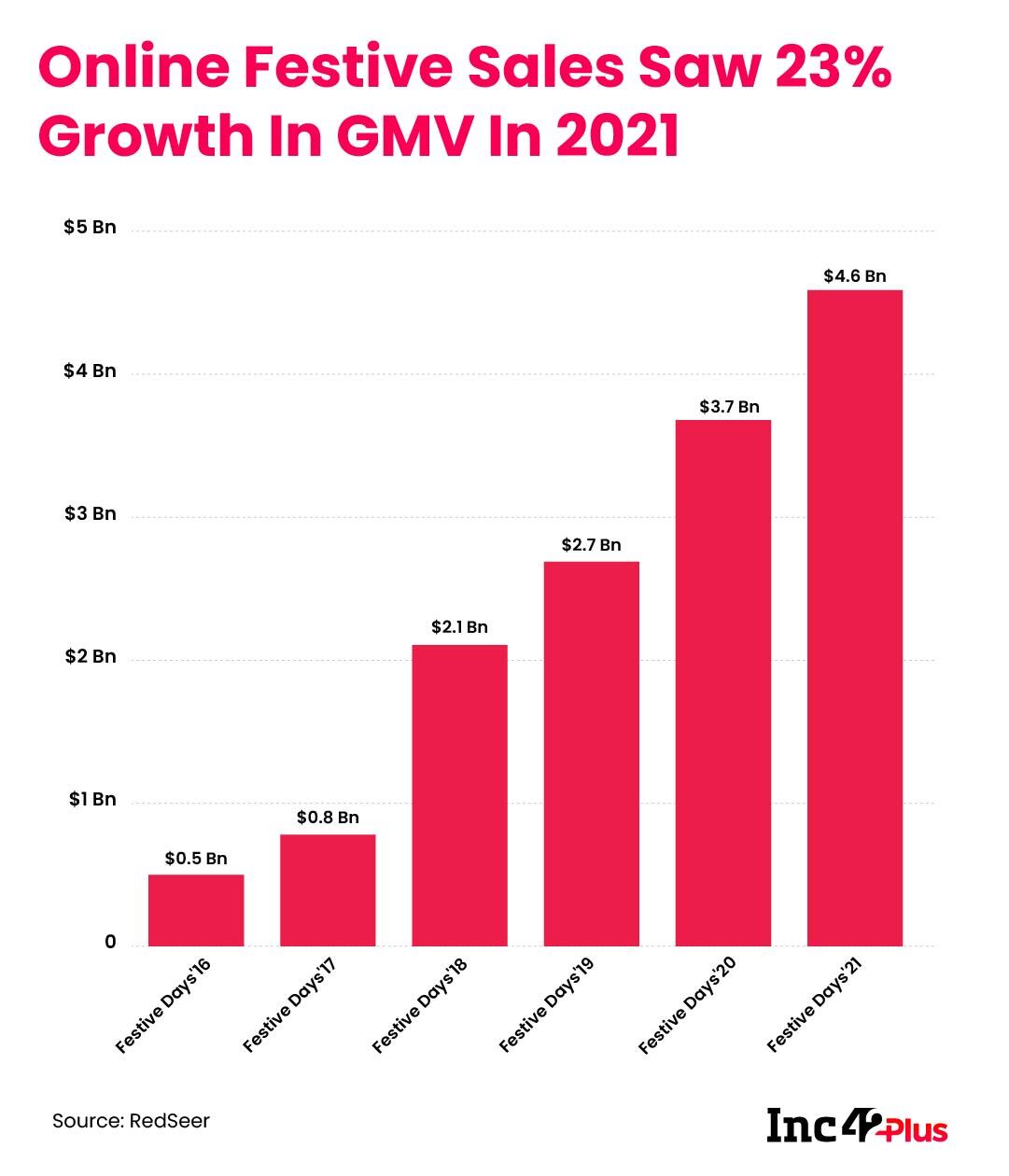 IPO season is in full swing, with more and more developments emerging with each passing day. Here’s a rundown:

And finally, here’s a snapshot of the performance of the listed tech companies we are tracking. 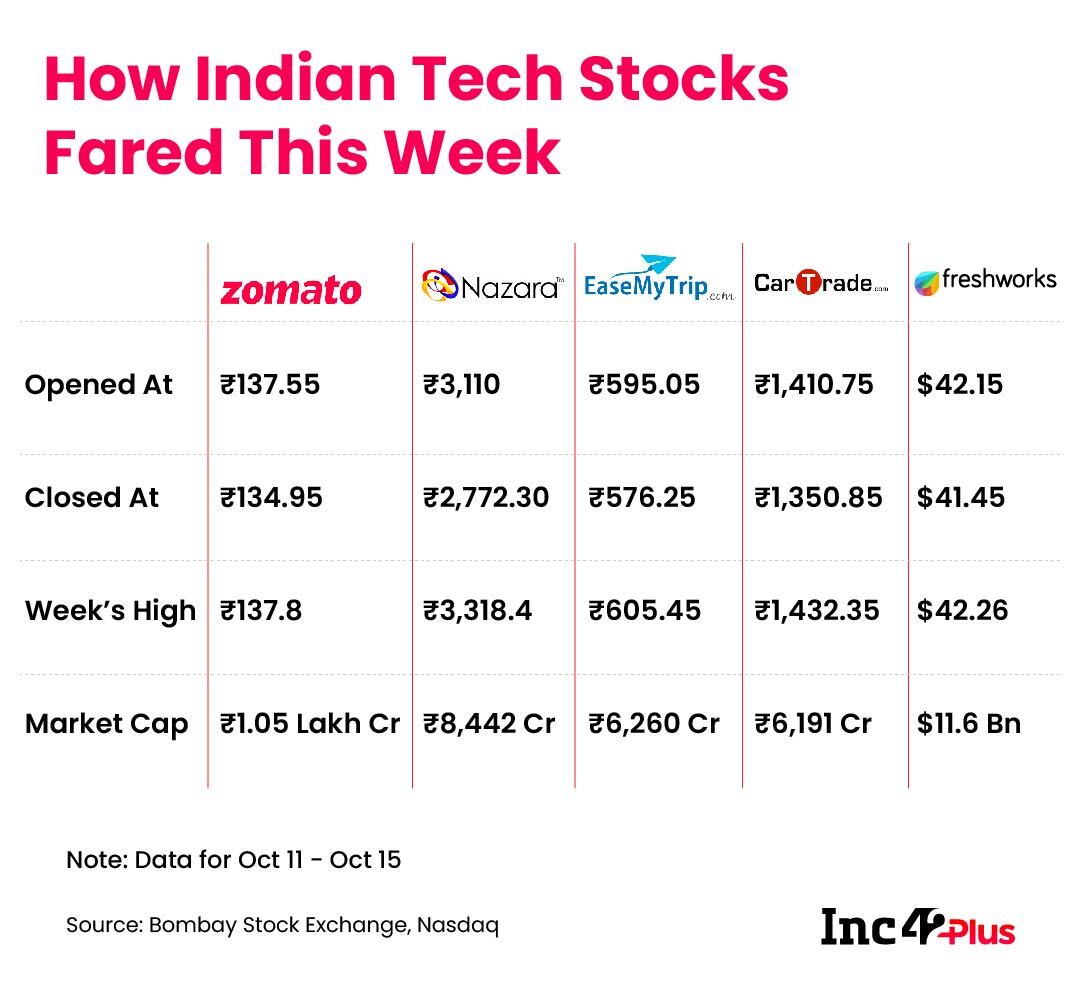 From The Unicorns’ Corner

Interestingly, the number of unicorns this year continues to grow unabated even through the relatively drier spells in startup funding. This past week, we saw the entry of two startups into the unicorn club – CarDekho and Mobikwik.

The total number of unicorns in 2021 is now 32, which means we have one unicorn for every $1 Bn raised this year 🤑 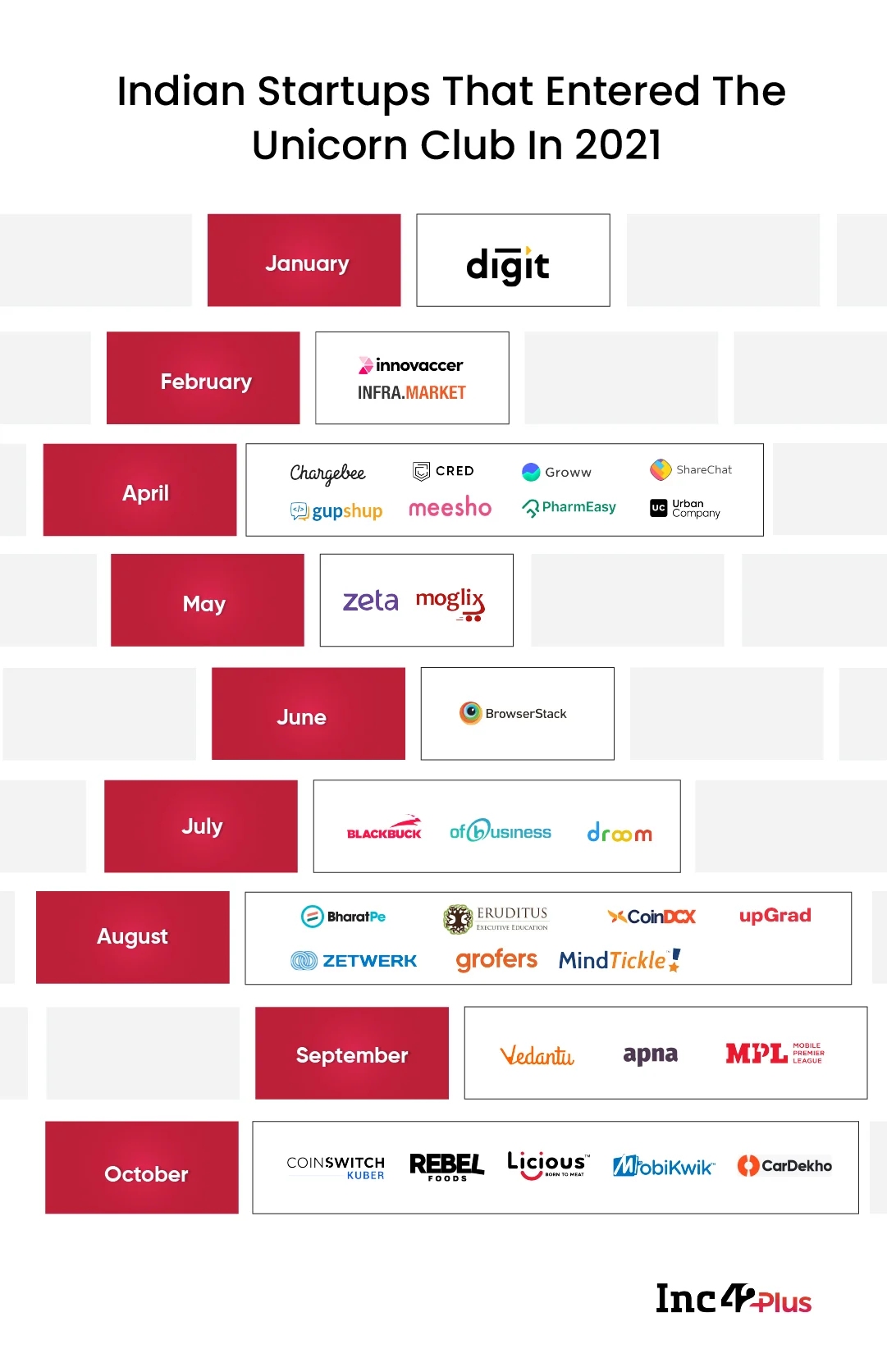 That’s all for this week, folks. Watch out for a more data-packed newsletter every Sunday as we recap the week’s biggest stories and developments.

Pantone Validated displays: What they are and do you need them?

Windows 11 could soon make changing your default browser much easier

Viral: 70 Year-Old Tea-Seller With Broken Arm Moves Internet With His...